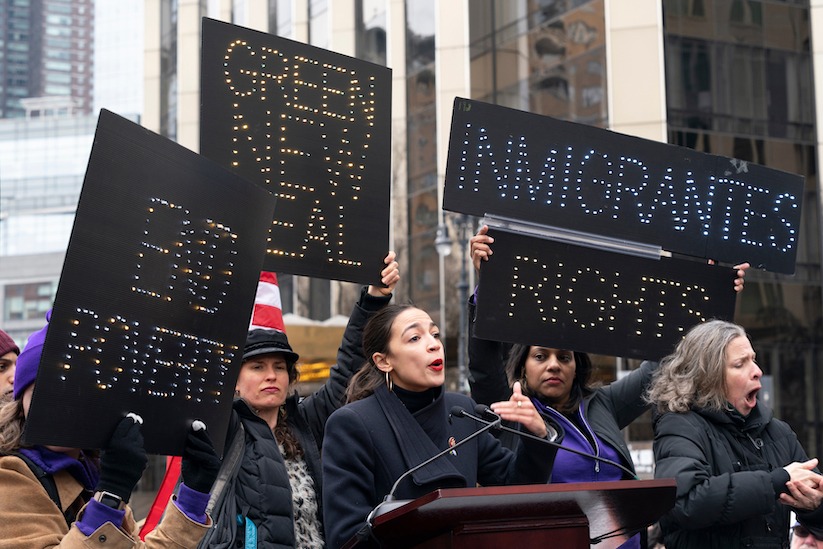 In a world in which we are constantly confronted by the reality of climate change, it seems the time has finally come for a U.S. politician to propose a plan of action. Earlier this month, freshman House Representative Alexandra Ocasio-Cortez (D-NY) was joined by Senator Ed Markey (D-MA) in introducing a nonbinding resolution recognizing the need for a so-called “Green New Deal”. Modelled after FDR’s New Deal, the Green New Deal calls for a massive overhaul of American infrastructure, from grid maintenance to clean energy retrofits. The goal is not merely to provide a path to American carbon neutrality, but to create millions of high-paying jobs in the process.

The resolution, which you can read here, is marked by progressive language and some lofty goals. Using the necessity of immediate action on climate change as a wedge, it proposes a restoration of the social safety net that has been corroded by fifty years of bipartisan neoliberal economic policy. For example, while the primary focus is on transitioning to a carbon-neutral economy, the Green New Deal also seeks to establish as a new baseline such progressive ideals as guaranteed jobs, access to higher education, and high-quality medical care for all. According to one poll, health care for all is something 70% of Americans support. Ocasio-Cortez’s office has also pointed to polling that shows bipartisan support from voters on a Green New Deal, with 92% of Democratic and 64% of Republican voters in favor. 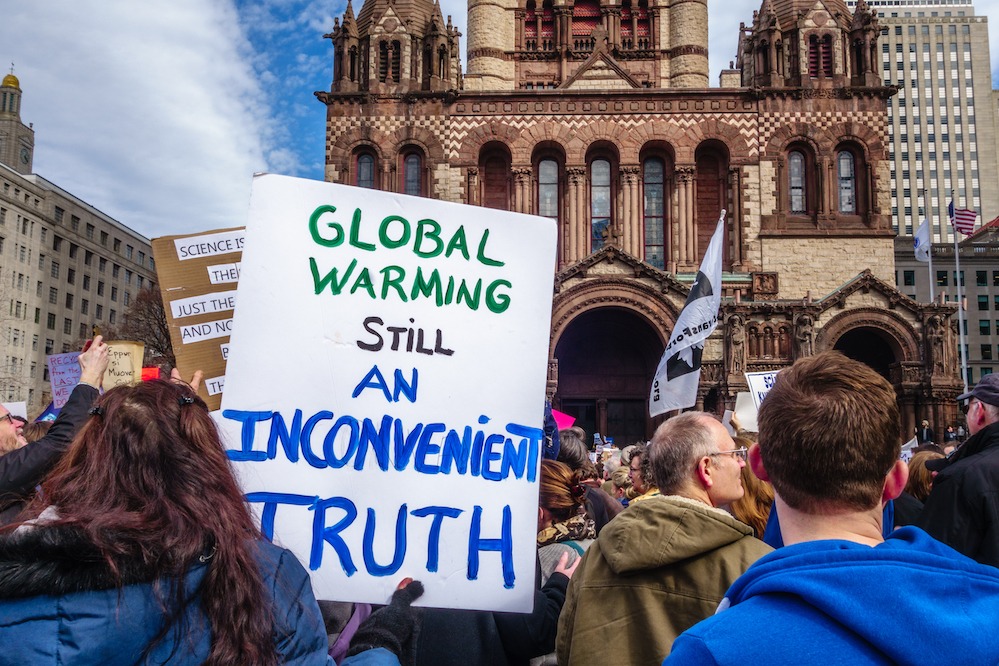 Protesters gather in Boston’s Back Bay to call for action on climate change.

Here some highlights that caught our eye here at Power2Peer:

In Ms. Ocasio-Cortez’s resolution, the multi-pronged “Green New Deal mobilization” is predicated upon the need to “build resiliency against climate change-related disasters, such as extreme weather, including by leveraging funding and providing investment for community-defined projects and strategies”. This would presumably mean substantial grant funding and public investment of capital in locally implemented grid solutions—solar microgrids, for instance.

A central aim of the Green New Deal is “meeting 100% of the power demand in the United States through clean, renewable, and zero-emission energy sources, including (i) by dramatically expanding and upgrading renewable power sources; and (ii) by deploying new capacity”. At the current rate of adoption, renewable energy is projected to account for 31% of US energy generation by 2050. At the risk of harping on the difference between 31% and 100%, in this case it could mean the difference between 31% and 100% of Miami or New York City being underwater.

Part of the mobilization plan to achieve 100% sustainability includes “building or upgrading to energy-efficient, distributed, and “smart” power grids, and ensuring affordable access to electricity”. Blockchain-enabled microgrids are one way to build distributed smart grids that are not only more energy-efficient, but more resilient as well. With government funding, such forward-thinking infrastructure projects could tip the scale toward carbon neutrality.

While a handful of the Democratic presidential candidates have endorsed the spirit of the measure, House Speaker Nancy Pelosi was dismissive rather than supportive of Ocasio-Cortez’s initiative. (In an interview with Politico, Pelosi derisively referred to it as “the Green dream, or whatever they’re calling it.” Granted, Pelosi’s cool reception may have had something to do with Ocasio-Cortez’s decision late last year to participate in a sit-in at Pelosi’s office led by environmental activist group Sunrise Movement, in an effort to force a spotlight on the urgency of climate change.) 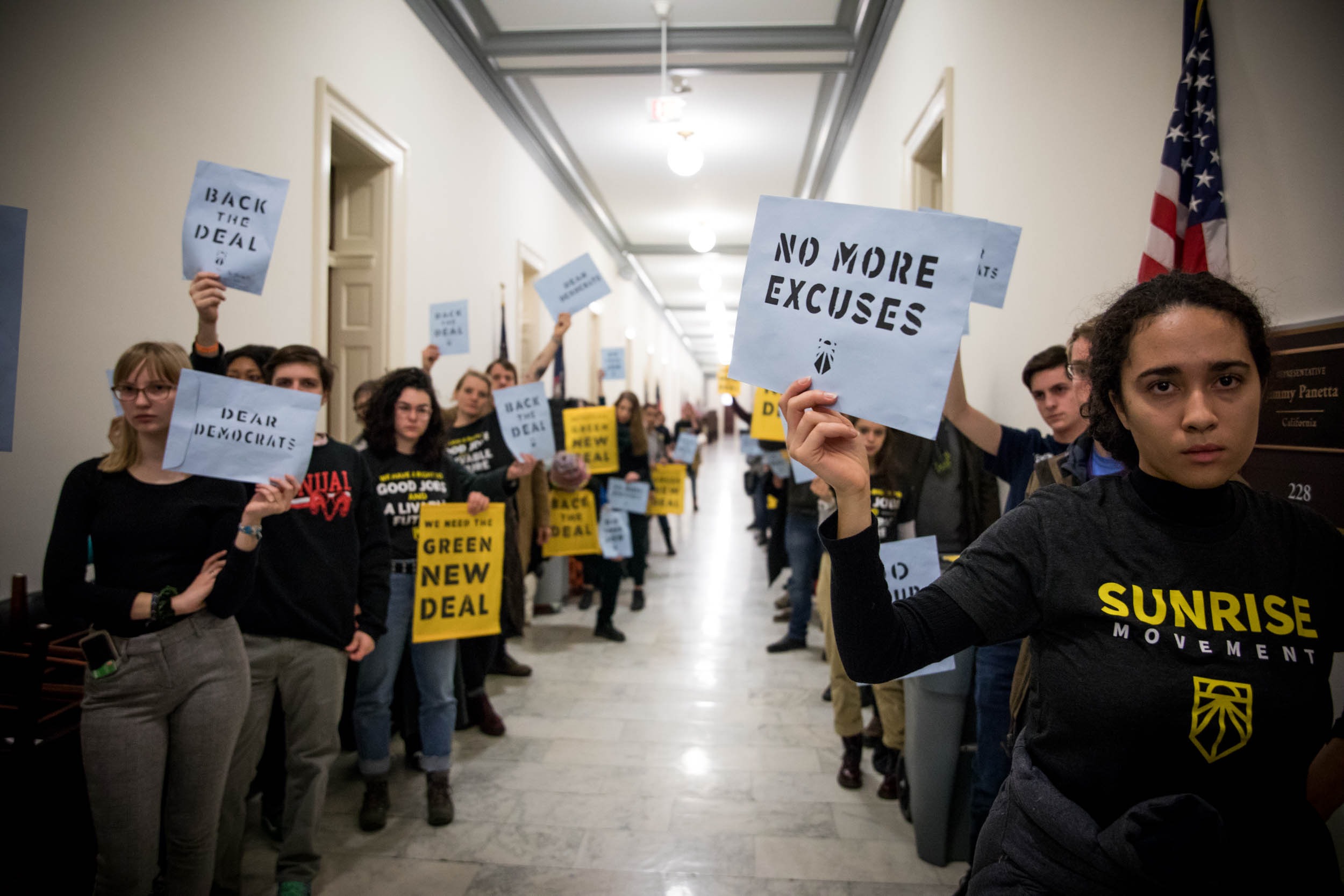 Conservatives, on the other hand, never miss an opportunity to portray progressive economic reform as full-on authoritarian communism. Even as National Security Advisor John Bolton can be seen publically salivating over the prospect of American oil companies seizing control of Venezuela’s natural resources, media pundits from far-right to center-left have made it clear that the one coup they can’t endorse is a redistribution of wealth in the United States.

Ocasio-Cortez’s resolution is more likely in the short term to become a litmus test for Democrats to prove themselves progressive enough for a new generation of voters who are trending to the left. In fact, by putting the resolution to a vote, the republicans are actively baiting them into it, betting that it will sooner cause the more moderate presidential hopefuls to self-destruct. So while the aging political establishment remains invested in McCarthyist rhetoric to protect the status quo, we should be demanding that more of our public servants join Ms. Ocasio-Cortez and Sen. Markey and finally take a stand on the defining issue of our time. If not now, then when?

Power2Peer is leading the charge toward a sustainable energy future by creating the P2PConnect virtual energy marketplace. You can learn more about Power2Peer and acquire a stake in the company here.

Learn how you can get involved with the Sunrise Movement’s campaign for the Green New Deal here.