Three Takeaways of the IPCC Report 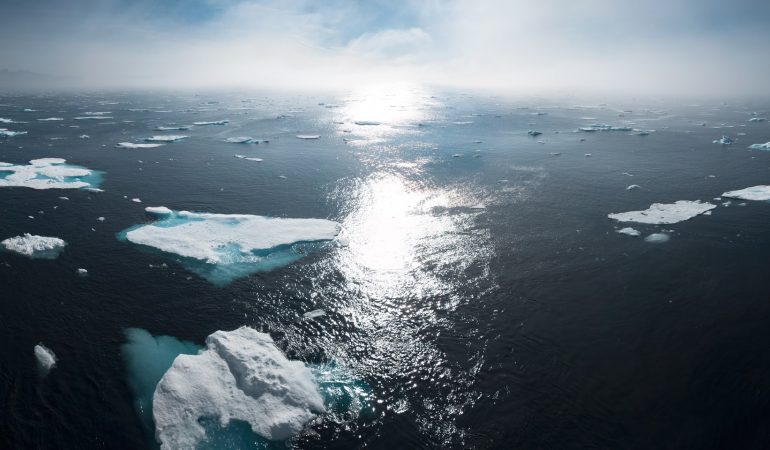 The Intergovernmental Panel on Climate Change (IPCC) recently released an alarming new report highlighting the extremely dire nature of the climate crisis. This report from the IPCC, which is the United Nations body for assessing the science related to climate change, is based on the analysis of more than 14,000 studies, and has been described as “the clearest and most comprehensive summary yet of the physical science of climate change.”

Henry Fountain, a journalist covering climate for The New York Times, summarizes three main takeaways from the over 2,000 page report. The first is that this report makes it unequivocally clear that the climate is changing dramatically due to human activity. Whereas previous reports may have included murky language that left room for debate, the new scientific evidence in this report leaves no doubts as to the severity, urgency, and anthropogenic causes of climate change. These are now established facts approved by nearly every government on Earth, as this report was created via widespread international cooperation. Fountain describes the compelling and forceful language of the report as “refreshingly clear.”

The second takeaway is that no matter what actions humanity takes now — even if we were able to cut all emissions starting tomorrow — the Earth will still continue to warm for the next 30 years until at least the middle of the 21st century. Because it takes decades for carbon dioxide that has already been pumped into the atmosphere to become absorbed, this additional warming is essentially “baked in” and immutable. As of today, the Earth has warmed to 1.1 degrees celsius (or 2.0 degrees fahrenheit) since humans started emitting greenhouse gases approximately 150 years ago. Over the next three decades, it is inevitable that the baseline temperature will warm to 1.5 degrees celsius. This additional spike will worsen all of the consequences of climate change that we are already experiencing, including melting glaciers and ice sheets, rising sea levels, intensified rainfall and flooding, increasingly severe droughts, and hotter, more deadly heatwaves and other extreme weather events.

The third and final takeaway of this sobering report is the only piece of information that offers a glimmer of hope. According to scientific models, the world does have a window of opportunity — an increasingly narrow window but a window nonetheless — to prevent climate change from getting worse after these 30 years. If all countries were able to drastically reduce emissions starting now, we would be able to halt the temperature at 1.5 degrees celsius, and avoid surpassing that level after 2050. To be clear, this is no easy undertaking. This dramatic shift requires global cooperation to immediately cut all emissions and completely transform our energy, transportation, and agriculture systems. Every country would have to do more, but we do have a viable window to eventually stop climate change.

Fountain emphasizes that transforming our energy systems in particular is the most important undertaking that every nation must commit to and immediately enact. Making Power2Peer’s vision into a reality would play a crucial role in shifting energy production away from fossil fuels and maximizing the use of renewable sources that do not put additional burdens on our already strained environment. Clearly, the opportunity to save our planet is there; humanity collectively just needs to take it.

Photo by William Bossen on Unsplash.