Microgrids for the Common Good 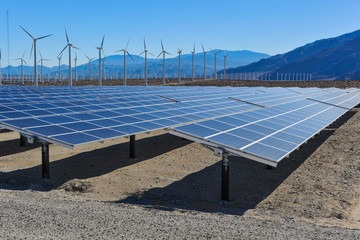 Providing electricity to an entire nation is a massive undertaking. Though the work is shared by hundreds and thousands of utility companies, increasing demands on deteriorating infrastructure inevitably test and exceed capacity limits during crucial moments. Most of us don’t often think about or appreciate the grid for what it truly is: the largest and most important apparatus of technology in our lives. As our dependence on electricity continues to grow, providers find themselves spending more and more time and resources responding to outages, fighting uphill to resolve or prevent maintenance issues while customers foot the bill.

At the same time, the development of renewable energy systems such as solar microgrids has progressed such that investment is much more viable now than it was 10 years ago. Every year sees another record-breaking number of solar gigawatt-hours going online. Microgrids have demonstrated superior resiliency under meteorological duress, often allowing users to restore power immediately following grid failure due to severe weather. They also allow for the distribution of energy production across numerous generation sources, better integrating renewables such as wind and solar to meet demand. If one assumes a spirit of competition, it is easy to see microgrids powered by renewable energies as a long-term threat to traditional generators like those powering the main grid. In fact, these new technologies represent an opportunity for utility companies to upgrade and complement their systems, better serve their customers, and extend infrastructure longevity in one fell swoop. A better functioning and more efficient grid is also a more profitable one.

By their nature, microgrids prevent outages from being such widespread, costly headaches for utility companies. A self-sufficient microgrid, while being connected to the main grid, boasts the critical capability of functioning independent of it, or “island”. Typical grid consumers and even many solar panel owners are beholden to the status of their providers. When the main supply is cut off, even locally sustainable solar panels cannot be tapped as a backup. On the other hand, microgrids equipped with microinverters allow communities to keep the lights on using local generation. This feature often allows solar producers to restore power immediately following severe storms, while days and weeks can pass before main grid repairs are completed for their neighbors. The proliferation of adaptive microgrids stands to save grid operators costly service time and maintenance by effectively isolating outages at their origin. Moreover, by sharing energy loads more efficiently, microgrids better equip communities to keep power flowing during peak demands, meaning fewer outages to begin with.

One incarnation of microgrid technology is the blockchain-enabled adaptive solar microgrid. The application of blockchain technology creates a ledger that tracks energy use and provides a platform where transactions can be made between producers and consumers of solar energy. Blockchain “smart contracts” allow individuals to automate these transactions according to their preferences, making it even easier to maximize efficiency and reduce operating costs. In accordance with a given transaction, the adaptive microgrid then transmits energy from producer to consumer. The proprietor of the trading platform takes a small fee from each transaction, and its end users enjoy lower energy costs, including extra income for owners of solar panels, who often produce more solar power than they can use during peak daylight hours. With battery storage still prohibitively expensive, energy blockchains present producers with another outlet to ensure that no energy is wasted.

Rather than these technologies representing an intrusion on the energy sector, grid operators should be and in many cases are leading the charge in developing renewable systems, on behalf of both their customers and their own bottom lines. In Brooklyn, Siemens has partnered with LO3 Energy to build a microgrid providing power to thousands of residents. Going forward, such collaboration will be key to ushering in a more efficient future for the energy industry and everyone who depends on it.