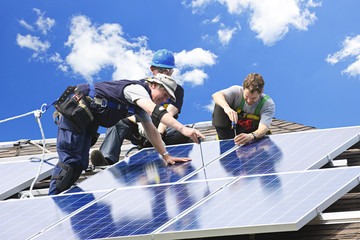 The Trump administration’s recent sledgehammer approach to energy policy purports to be about protecting American jobs. Unfortunately, failing to situate this sentiment within any objective reality, many can only conclude that the policy is concerned less with American workers than with protecting the fossil fuel industry from its green energy competitors. In fact, a recent report from the US Department of Energy shows that for the Electrical Generation Sector, the solar industry employed 43% of the sector’s workforce, while fossil fuels were responsible for just 22%. Over the past decade, coal generation has dropped 53%, while solar generation has increased 5,000%.

In conservative states such as South Carolina, which will be heavily affected by the solar tariffs, Republican leadership is struggling to reconcile the punitive regulations with the party’s traditional preference for free markets. According to Matt Moore, former chair of the state’s Republican Party and current chair of the Palmetto Conservative Solar Coalition, the solar industry has created between 3,000 and 4,000 jobs in his state over the past two years. Like most other industries, imported materials are crucial to the economic viability of many solar projects.

“I would encourage the administration to come down and see the solar success story in South Carolina,” Moore said. “It’s easy to sit in conference rooms in Washington and hand down policy, but there are real stories in America of success.”

Republicans who have seen the light in solar generation can also see the corporate cronyism for what it is. There is no subtle irony in the fact that the one sector of the market where competition is actually poised to help combat the global climate crisis is one which this administration decides to handicap. Meanwhile, the fossil fuel industry continues with its lobbying to benefit from government subsidies and sweetheart exemptions, while their products exacerbate the threats of extreme weather and heat patterns to public health and private property alike.

Fortunately, the tariff on imported materials will decrease gradually over the next four years. Also, as we have covered previously, India’s exemption from the tariff puts them in a unique position to expand their manufacturing and exporting operations. In any case, for solar producers, the situation demands a renewed focus on efficiency.

Power2Peer is prepared to answer that call, with blockchain-enabled adaptive solar microgrid systems. Distributed energy systems ensure that generated power does not goes to waste: surplus power in one location can be purchased and used where it is needed. Furthermore, in partnership with SunDensity, Power2Peer is offering the unique value proposition of Photonic Solar Conversion. By conditioning photon wavelength at the moment of incidence with solar panels, this revolutionary technology has been demonstrated to boost efficiency by 20% or more. This multipronged approach is more than capable of compensating for even a 30% tariff, and promises a drastically reduced LCOE (levelized cost of electricity) in the long run. The fact that both systems can be applied to existing solar panels means that advancements can be made without actually importing any new solar modules, thus sidestepping the tariffs altogether. Power2Peer will launch an Initial Coin Offering this spring, which you can sign up for here.

While policy trends fluctuate with the whims of money and power, science is immutable. New technology like Power2Peer’s and SunDensity’s, while subverting the intended slowdown of the solar industry, also demonstrate the importance not just of progressive thinking but also competition in the energy sectors. Millions of jobs are in utero with solar, and proposals threaten to be stillborn if such reactionary subsidizing of fossil fuels continues. Through the proliferation of distributed energy systems, we may yet hope to someday achieve a critical mass of renewable energy generation, leaving in the ground the market viability of the fossil fuel industry as well as its natural resources.